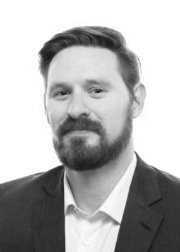 Mr. Wicklund graduated from the University of the Pacific, McGeorge School of Law with distinction in May 2015. While at McGeorge, Mr. Wicklund twice earned Dean’s List Honor Roll recognition, and was presented with the Traynor Honor Society Award upon graduation. During his law school tenure, Mr. Wicklund interned for the Honorable Stephen L. Johnson of the United States Bankruptcy Court, and volunteered with the Sacramento City Attorney’s Office. Mr. Wicklund was also a volunteer attorney with the McGeorge School of Law Bankruptcy Clinic, and served as an Associate Articles Editor for McGeorge’s Global Business & Development Law Journal.

Mr. Wicklund was born and raised in San Francisco. He earned his Bachelor of Arts degree in Political Science from the University of California, Berkeley, where he served as Vice President of the Pi Kappa Phi fraternity. In his spare time, Mr. Wicklund enjoys running, reading, and exploring the Bay Area.

Mr. Wicklund can be reached by e-mail at: ewicklund@cofolaw.com.