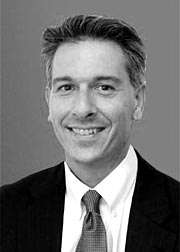 Mark Fickes joined Cannata O’Toole Fickes & Olson in 2014, and practices in Walnut Creek and San Francisco. Mr. Fickes began practicing law in 1995 and has tried dozens of cases to verdict in state and federal courts.

Before joining the firm, Mr. Fickes served as trial counsel at the San Francisco Regional Office of the U.S. Securities and Exchange Commission. While at the SEC, Mr. Fickes successfully led the trial team in the first stock option backdating case to go to a jury. He also obtained a temporary restraining order and preliminary injunction in a $400 million fraud case, the largest case brought by the San Francisco Regional Office. Mr. Fickes has extensive experience working with state and federal regulators including the U.S. Department of Justice and the United States Attorney’s Office. Before joining the SEC, Mr. Fickes was in private practice at the law firm of Wilson Sonsini Goodrich and Rosati and litigation boutique Glynn & Finley. While in private practice, he prosecuted and defended numerous cases in trial courts around the country. Mr. Fickes has litigated diverse issues, including land use disputes, class actions, legal and accounting malpractice and fraud, shareholder disputes, breach of fiduciary duty, cases under the federal civil rights statute (42 U.S.C. section 1983), and other commercial disputes. He began his career as a prosecutor with the Santa Clara County District Attorney’s Office where he tried numerous cases involving serious or violent felonies.

Mr. Fickes formerly served as a member of the Alameda County Court Appointed Attorneys Program (“CAAP”). As a CAAP attorney, Mr. Fickes provided legal defense to individuals charged with crimes when the Alameda County Public Defender was unable to provide representation due to a conflict of interest. Mr. Fickes represented clients charged with a wide variety of offenses from drug possession to serious and violent felonies.

Mr. Fickes is a member of the Alameda County Bar Association, and currently serves on the Board of Directors of Bay Area Lawyers for Individual Freedom, the oldest and largest LGBT+ bar association in the U.S. He is a regular faculty member for the National Institute of Trial Advocacy, teaching in the deposition and trial practice programs.

Mr. Fickes was born in San Francisco, California. He and his husband are the fathers of two 9th graders at Oakland Technical High School. He has previously served as President of Temple Beth Abraham in Oakland, California, Vice President of the Board of Trustees of Contra Costa Jewish Day School, and Secretary of the Claremont Middle School Parent Teachers Association, where his children attended middle school.

Mr. Fickes can be reached by e-mail at: mfickes@cofolaw.com