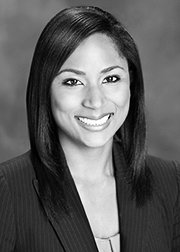 Before joining Cannata, O’Toole, Fickes & Olson, Ms. Lawson was the law clerk to the Honorable Leon W. Tucker of the Court of Common Pleas of Philadelphia, Pennsylvania where she researched and wrote over sixty opinions on a variety of administrative, civil, and criminal matters.
Previously, she worked as an English teacher in South Korea.

She also studied at the Unversidad de Oviedo in Spain and Temple University Rome in Italy. Ms. Lawson is originally from Philadelphia, Pennsylvania. Her interests include dance, photography, cooking, and traveling.

Ms. Lawson can be reached by email at qlawson@cofolaw.com