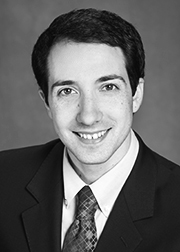 Aaron Field is an Associate at Cannata O’Toole Fickes & Olson.  He focuses his practice on media and First Amendment law and civil litigation.  He represents clients in cases arising from the exercise of First Amendment rights, including libel cases.  He represents clients in efforts to access to public records and proceedings.  He has substantial experience using California’s anti-SLAPP statute to quickly defeat meritless claims.  He also represents clients in many other trial and appellate litigation cases, including business disputes, whistleblower retaliation cases, cases involving constitutional law, SEC enforcement cases, and writ proceedings against public agencies.

Mr. Field is a member and former Co-Chair of the Northern California Society of Professional Journalists Freedom of Information Committee, a volunteer committee of journalists and First Amendment lawyers that advocates for free speech and government transparency.

Mr. Field graduated from the University of California, Hastings College of the Law in 2015.  At Hastings, he earned CALI and Witkin awards for receiving the highest grades in his Advanced Copyright Seminar and his Liberty, Security & Technology Clinic.  He was also a member of the Moot Court Team and the Moot Court Board.  He represented his school in three moot court competitions and won First Place and Second Best Brief in the 2015 Jerome Prince Memorial Evidence Competition at Brooklyn Law School.

Mr. Field was born and raised in the San Francisco Bay Area. He earned his Bachelor of Arts degree from St. John’s College in Santa Fe, New Mexico, where he studied the great books of western civilization and the evolution of western philosophy and crystallized his passion for the law.

Mr. Field can be reached by email at: afield@cofolaw.com